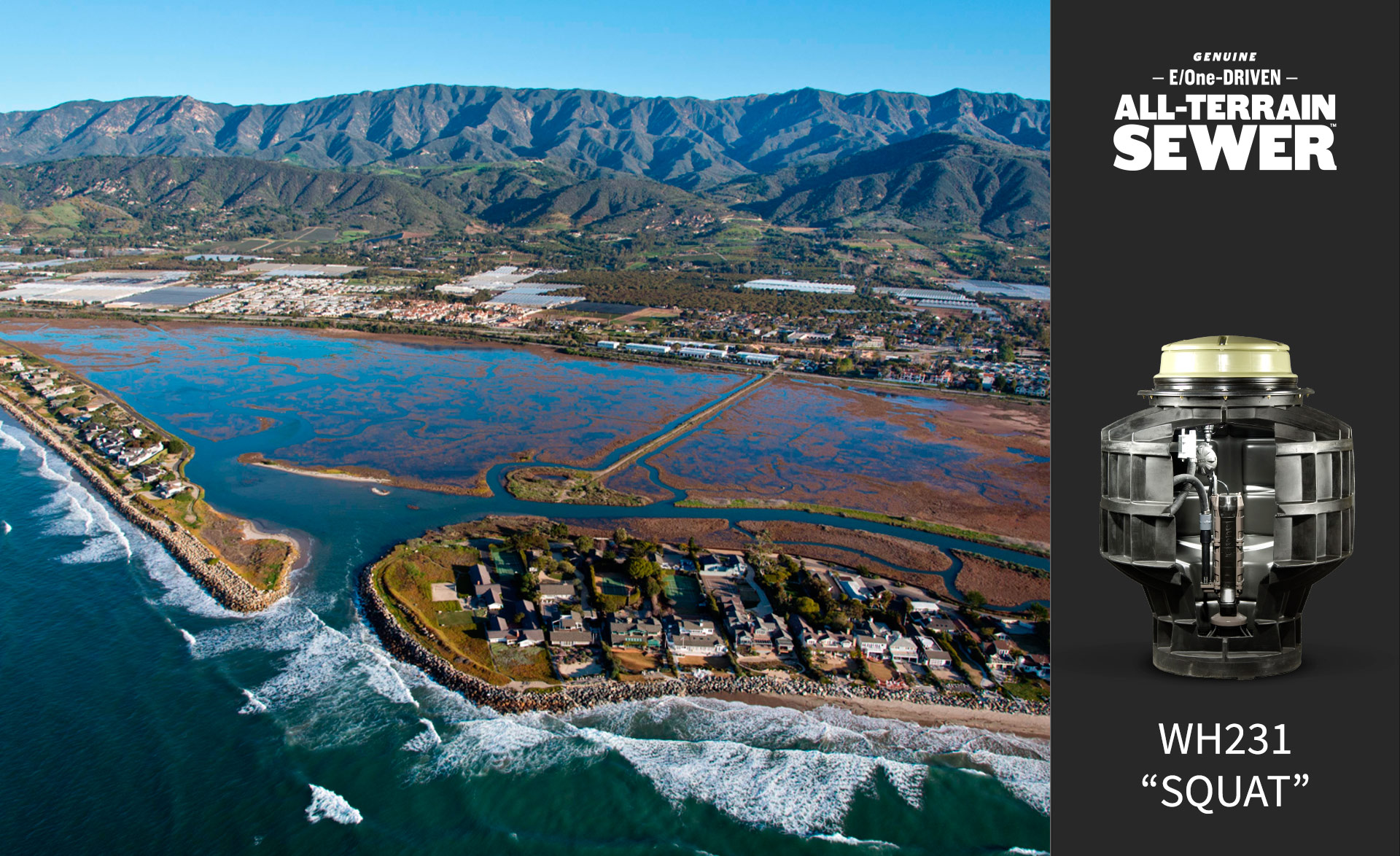 After Rincon Point’s surfing community noticed that the water was causing rashes and infections, beaches began to close because high levels of bacteria and other contamination coming from the oceanfront homes. Groundwater was affected by tides, causing the water inside the septic tanks to then leak into the ocean.

The Carpenteria Sanitary District (CSD) initiated the Rincon Point Septic to Sewer Conversion Project in 1999 as a long-term solution to safely convey wastewater to CSD’s treatment plant. Gravity sewers would have required multiple lift stations as well as permitting through an archeological site — both expensive and may not permissible. The high water table was also a concern.

The ALL-TERRAIN SEWER pressure sewer solution from E/One was chosen to service the 72 homes, estimated at half the cost of gravity sewer.

Septic tanks located at oceanfront homes are no longer contaminating the ocean, and surfers report that they no longer smell sewage after a rainstorm.